I became a medical doctor in Argentina in 1995 , after studying at the University of Buenos Aires, School of Medicine and doing internship at Baylor School of Medicine , in Houston, Texas. I was a student of Mohel Phillip Sherman and a year later, in 1997,
I became a Mohel in Jerusalem, at the Bichur Cholim Hospital under the supervision of the Mohel Josef Halperin. I have performed circumcisions in Israel, Argentina and in the United States of America.

I was ordained as a Reform Rabbi at the Hebrew Union College in Cincinnati, Ohio in May, 2003.

My rabbinical thesis was about human cloning from a Jewish and medical standpoint.

I have completed a Master of Bioethics at School of Medicine of the University of Pennsylvania.

I am able to use either English or Spanish for the Bris Ceremony.

I am currently the Rabbi of Temple Emanuel, McAllen Texas.

click here for an easy to read printout of:

How to Prepare for the Bris
The Ceremony
Aftercare 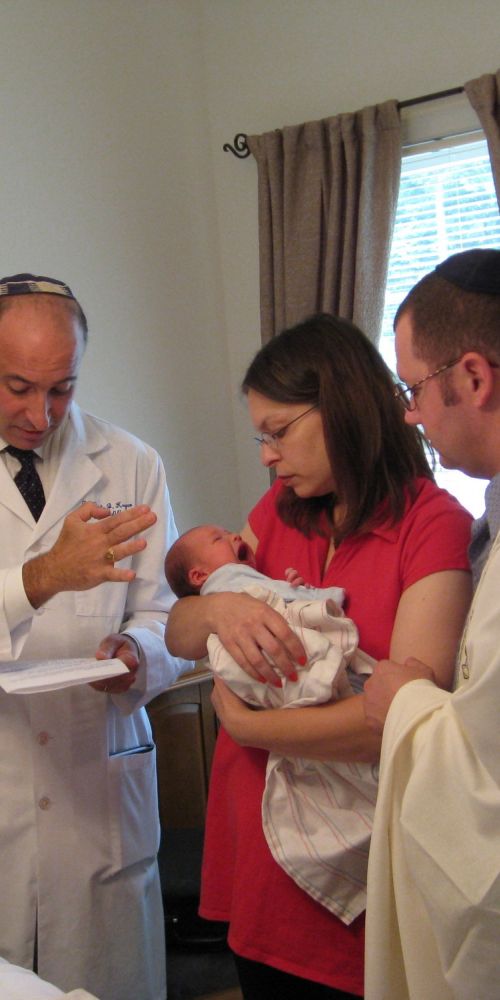